What is a Labour Contract? Is it the same as a Contract of Employment?

In essence, it is, as both documents contain information about your employment with a particular employer. However, in the context of jobs in Dubai, these are two separate documents. The official Federal Labour Contract is actually a cookie-cutter template document written in both Arabic and English. It contains the very basic information pertaining to your employment as required by law. This document must be produced in three copies, hard copies (printouts) for both the employer’s and the employee’s file; and an electronic (usually scanned) copy for the Department of Labour. Unless submitted to the Department of Labour, such contract has no legal effect and no employment visa will be released in the name of the employee.

My employer asked me to sign a document titled “Contract of Employment”. Is this the document that binds me to an employee-employer relationship with a Dubai employer?

This question merits more than a straightforward yes or no response. If what you are holding is a detailed contract containing specific conditions of your employment with your particular employer, your reciprocal rights and obligations, specifically pertaining to your job description and remuneration, company policies and others, and the said document is written only in English, such document is not binding. This means you or your employer may not use such document before the Department of Labour as basis for any particular action pertaining to your employment.

Note: However, for any employment-related document to be legally enforceable, such document must be translated to Arabic and included in your Federal Labour Contract as an attachment under the Other Conditions section. All other documents and communications between you and your employer are binding only insofar as either or both parties agree to be bound, i.e. a handshake deal or a gentleman’s agreement, without any legal effect.

Why is the Labour Contract required to be written in both English and Arabic?

UAE Federal Laws specifically name Arabic as the sole official language to be used in every mode of communication between an employer and their employees. But because the majority of UAE’s work force, especially in Dubai, is expatriate, English, being the accepted language of business internationally, is used alongside Arabic for the sake of expatriate employees who do not speak or understand the Arabic language. Note however, that if there is an error or discrepancy in the text, weather intentional or not, the Arabic text prevails.

Employees, therefore, must exercise due diligence and be certain that they understand the provisions of their contracts before affixing their signatures to the document. It’s best to have a friend or colleague who understands both English and Arabic to review your contract.

An offer letter is a formal offer of employment to a prospective employee. This document contains the details of employment such as job description, compensation and benefits like basic salary and allowances, leave dues, and other perks. It is customary for an employer to make a formal offer of employment to a candidate who has successfully made it through their recruitment and hiring process. Customary does not mean mandatory. There is no legal requirement for employers to issue Offer Letters. Some employers do not make formal Offer Letters.

What is the difference between limited and unlimited contracts?

Your official Labour Contract may either be limited or unlimited.

An unlimited or indefinite contract is a renewable contract. The term specified as period of employment herein usually corresponds to the validity of your residency visa. Such contract can then be renewed upon expiration under the same conditions, i.e., without modifications. After the probationary period, either party may terminate the contract at any time by giving at least a 30-day notice.

A limited contract specifies a definite term or period of employment. Renewal of the contract upon expiration is not guaranteed as an option. Termination of the contract prior to expiration normally warrants the payment of damages to the party suffering the breach. Maximum penalties set by law for violation of the period clause is payment of damages to the aggrieved party of an amount equal to 1.5 times of the employee’s monthly wages.

What is the probationary period?

This is a period of time, usually between three to six months, where your (the employee’s) performance on the job is subject to scrutiny by the employer. Labour Laws allow the employer this period to assess whether you are indeed qualified to perform the job they hired you for. At any time during the probationary period, your employment may be terminated at will by the employer without further notice or compensation other than wages earned. After the probationary period, your employment with your employer is secured by applicable federal laws and may only be terminated upon expiration of the period of employment specified in the labour contract or for reasons specified by law.

What must I know about probationary periods?

Probationary periods are required by law, i.e., it is mandatory and shall be for a period of not less than three months but no more than six months. Here are some things you ought to know about probationary periods:

Under what conditions can the employer terminate my employment prior to the expiration of my labour contract?

Article 120 of the Federal Labour Law specifies these conditions. An employer may terminate your employment if:

In cases of criminal offences (items 7 & 8), a formal complaint must have been filed against you and a conviction by a court of law is necessary to substantiate the reason for termination.

In addition, Article 88 bars an employee from working for any other employer during his/her annual holiday or sick leave. Otherwise, their employment with the employer who sponsored their visas could be terminated and their pay for the leave withheld.

Can I have my contract terminated before it expires?

Yes, you may, under either of these situations:

In either case, you must present substantial evidence to the Department of Labour to have your labour contract cancelled. Each case is judged based on merit. 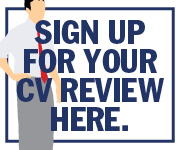